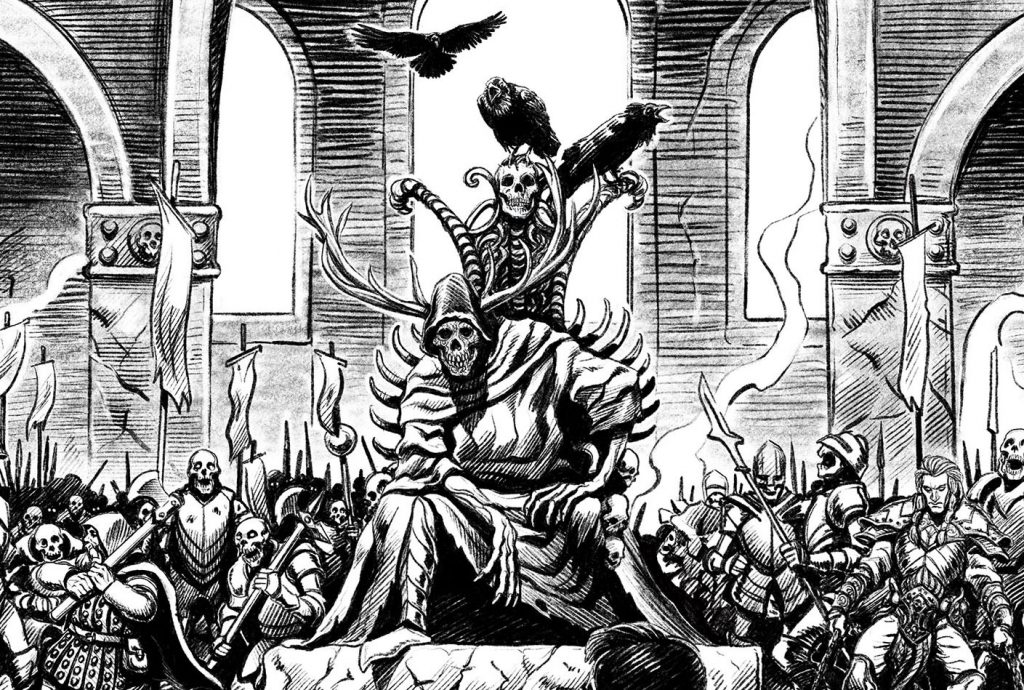 Welcome back, last time we saw how to flesh out the Darkmaster, turning Him from a vaguely ominous background feature into one of the defining points of your campaign.

Naming the Darkmaster and detailing His background, traits and minions will help spark adventure ideas, and make His threat feel more “real” to the players. But that’s not all, each Darkmaster will also have a set of special rules and powers, that will have a direct influence on the campaign.

These special rules are designed to emphasize certain themes and aspects of the game world, and will actually change how the game is played.
GMs should select them (or create their own) according to what will be the focus of their campaign. Is it going to be an epic war tale, with great armies clashing in bloody battlefields? Or will it be one of courtly intrigue, a fight against a hidden enemy, always one step ahead of the heroes? Will it be all about dark temptations and difficult moral choices? Or will it be a race against time, where one wrong move could spell disaster for the whole world?
In other words, players facing the Witch Queen of Despair, instead of the Weaver of Lies will find it means much more than a different backstory and reskinned enemies. Each Darkmaster requires the players to change their approach to the game.

Let us see how that works in practice, by taking a look at one of the Darkmaster we created for one of our playtesting campaigns. Prepare to meet…

The Horned King of Annwn

It is said the Horned King once was the great and noble ruler of a vast empire. He was a skillful hunter, and legends say in His youth he killed a sacred deer, wearing its antlers as a trophy ever since. They say that over time the King became cruel and foul – maybe He was influenced by the treacherous evil enchantments of a coven of witches and their cursed magic Cauldron. Deceived by the witches, the King was ultimately sacrificed in the Cauldron. His mortal body was slain, but His soul, scorned and corrupted, was trapped in the Annwn – the Shadow Realm of Afterlife.

Many ages later, the Horned King came back – some say through the power of the same Cauldron. He’s still not capable of taking full physical form in the Mortal World, however, He can send over His minions through the portals that sometimes appear in hidden dark places, connecting the Mortal World with the Annwn, and through these same gates, He can project His will and enchantments. 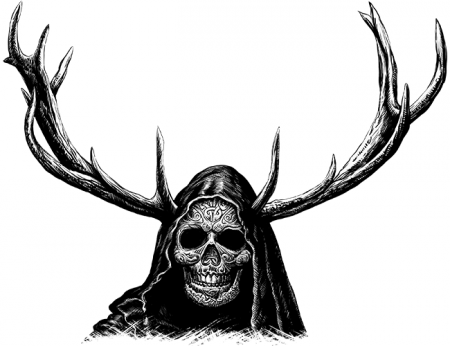 The avatar of the Horned King (or perhaps His most powerful servants in the Mortal World, only pretending to be Him) appears as a tall, otherworldly gaunt figure, draped in black robes. He wears a silver mask shaped like a carved human skull, topped by wide deer antlers. It’s uncertain whether the skull face is a mask or is the actual visage of the true Horned King.

The Horned King’s apparition is often preceded by swirls of thick mists, dimming of lights, and the deepening of shadows.

A human skull crowned with antlers.

The Horned King is said to want to get back to His true form, gaining back His whole powers, to step back into the Mortal World and reign forever in fear. 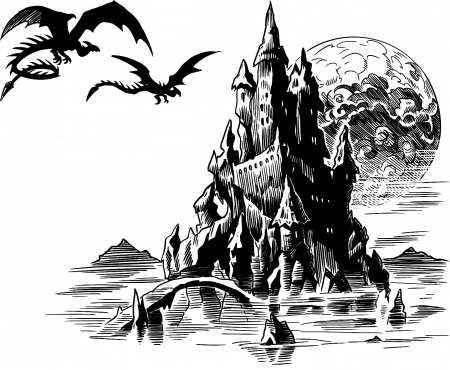 It’s uncertain whether the Island of Mists is the real hideout of the Horned King, or only a gate to the Annwn, where the actual stronghold of the King – said to be an immensely high black tower – lies.

Also, it is said the Island might not just be a single place, but instead many different sites scattered across the world. One Island of Mists is said to be located in a small foothill lake hidden among the northern woods. Another is said to rise some two weeks of sailing off the eastern reaches. Some swear to have once seen it in the middle of a vast underground sea.

The Horned King stubbornly seeks – and at the same time highly fears – the Dark Cauldron. The Cauldron has the power to raise an invincible army of Undead, and its magic can be used to enhance the stretch and power of His spells. Finally, the Cauldron is said to have the power to incarnate Him again into a new immortal, invincible body to get back to the Mortal World and reign eternally. At the same time, the Cauldron already once banished the Horned King to the Annwn, and it still has the power to do so – and perhaps even to destroy Him completely. 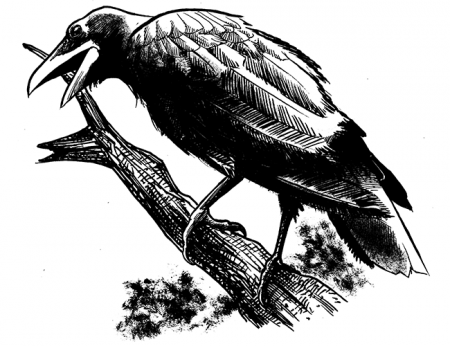 Undead Wraiths slave to His will serve the Horned King throughout, bringing terror and despair. Ancient Demons of any shape – from Faceless to Shadowflame – shall answer His call.

The armies of Undead – from ancient Skeletons to shambling corpses to the Barrow-Wights will march under His command. Bestial Grendels shall gather from the darkest woods to side with Him.

Black feathered wings, shiny evil eyes will spy from the shadow of the woods. Wolves shall hunt in the dead of night.

Life Scourge: the Horned King is a herald of Death. Near His influence, in His Dark Lands, crops fail, rot and disease spread, and all life withers under His dread shadow.
Hunting and foraging rolls only yield half the normal amount of food. Additionally, injured characters have a chance equal to the total penalties inflicted by their Injuries of contracting either the Barrow Rot or the Bog Fever disease (GM’s choice).

Would your heroes be ready to face the return of the Horned King? What Darkmaster threatens your game world, and what kind of special rules would you use to represent His long reaching shadow?
Tell us in a post on our forums, or come chat with us about it on our Discord Channel!