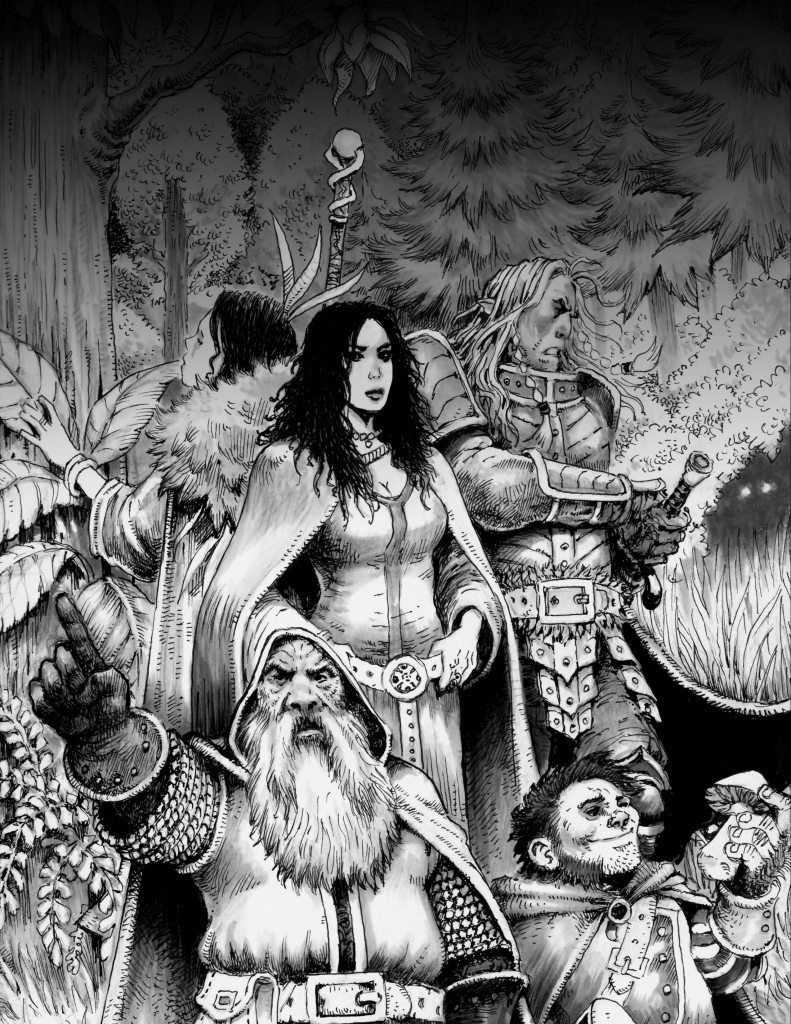 Well met again, heroes! Last Friday we had a wonderful time chatting with you in our Live Q&A on the official Against the Darkmaster Discord server. Thanks to everyone for participating and submitting your questions, we hope you enjoyed it as much as we did.

And in case you missed it, here are the main announcements we made at the beginning of the event. We meant to record it and upload it to YouTube, but sadly there were some issues with the recording software, and part of the recording went lost.

We’re happy to announce that the reprint of the Against the Darkmaster Core Rules is proceeding well. The files are at the printer, and production should start pretty soon. This means that, unless another catastrophe hits us, the books will be back in stock in a few months. We’ll set up the store page for pre-orders, as soon as the books are ready to be shipped to our fulfillment centers.

Speaking of printed products, we’re also working to get all previously published adventures as POD at DrivethruRPG. We’ve just received some proofs and we must say they look fantastic! Legacy of Blood is already available, and the others will follow soon. Keep an eye on our DTRPG publisher page to get your favorite scenario in print as soon as they’re ready.

Against the Darkmaster Player’s Handbook

Now, the first of the brand new products we have in store for this year is something our fans have been asking for a long time: a Player’s Handbook. Yes, we’ve listened to you and decided to collect all the player-facing rules and Spells contained in the Against the Darkmaster Core Rules to give you a book that would be easier to carry around and reference during play. A perfect companion to the Core Rules, the Player’s Handbook also includes a few extra notes and examples in areas we thought needed some clarification.

The Against the Darkmaster Player’s Handbook will be available both in print and PDF at DrivethruRPG.

Together with the Player’s Handbook, we’re releasing another powerful tool for players and GMs alike: the Against the Darkmaster Spell Cards. With five different decks (one for each spellcasting Vocation, plus one covering Common and Kin Spell Lores), totaling over 500 cards, the Spell Cards cover every Spell from the Against the Darkmaster Core Rules (besides those reserved to the minions of the Darkmaster). Each card describes a single Spell, its effect, Parameters (such as Range, Area of Effect, Duration, and Save information), and Warping Options, making spellcasting easier than ever.

Secrets of the Golden Throne Kickstarter

That’s all for now! Did you, too, have a question you wanted to ask, but missed the live Q&A? Come and ask on the official Against the Darkmaster Discord server, we’ll be waiting for you!