Against the Darkmaster – Welcome to the Fight!

We’re really thrilled to launch the open playtest of Against the Darkmaster!

We’ve been working hard on it, and playtesting it internally for quite a bit now so, as you can imagine, we’re very excited to finally be able to show it to you.

So, what are we talking about?

Against the Darkmaster is a d100 based, Epic Fantasy game, built for high adventure and heroic actions.

It’s inspired by the great, classic fantasy sagas (like The Lord of the Rings, The Sword of Shannara or The Wheel of Time); 80s fantasy movies (like Dragonslayer, The Beastmaster or Krull); the Power Metal aesthetics; and the great MERP/Rolemaster family of games.

It started out as a simple fan-made revision of MERP, a collection of house rules and rulings straight out of our games. However, we soon realized that our project was growing on its own, and becoming something completely different. We had changed and rewritten so many  things, that we now had in our hands a whole new game.

In other words, Against the Darkmaster still shows its original roots but, rather than being a simple revision or clone of an older game, it’s something completely new. 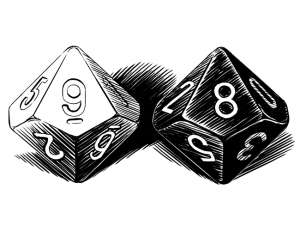 But let us look together at the core elements of Against the Darkmaster:

Unified Mechanics: Against the Darkmaster uses a simple underlying mechanic for everything: you roll a percentile dice, add your bonus, and confront the result with a table to see the outcome of your character’s action. This makes the system very easy to learn and run, and allows for fast play, without having to sacrifice detail.

Customizable Characters: characters are created by combining  different Kins and Cultures with Vocations and Background Options. This allows you to build extremely variegated playing characters, and helps you bringing your character to life by letting you define the core elements of his past.

Flexible Magic System: an open magic system, that lets every character dabble into spell casting, regardless of his Vocation, and where specialists can Warp their spells, to obtain extraordinarily powerful effects.

Bloody Tactical Combat: Maim, stun and kill your foes! Completely revised Attack Tables and Critical Strikes make combat fast and brutal. In Against the Darkmaster every blow could be lethal, so pick you fights and tactics wisely.

Travel & Exploration: travel has always played an important role in fantasy sagas, and in Against the Darkmaster each journey is an adventure on itself. Your characters will wander through wilderness and Darklands, face dangerous hazards, and find refuge in those few Safe Havens that still manage to resist the pernicious influence of the Darkmaster.

Character-Driven Play: a Passions & Drive system, designed to bring characters motivations and goals into play, helps you forge your character’s destiny exclusively through your choices, without compromising roleplaying immersion.

Download your free copy of the Against the Darkmaster Quickstart Rules from the download section of our website, and let us know what you think about it. We’d love to hear your comments and opinions!

And there’s much more to come! In the next few weeks we’ll further discuss the core elements of our game, what makes it unique and our plans for the future. So stay tuned, don’t let your guard down, and check our blog, G+ page or Facebook page for Against the Darkmaster updates! 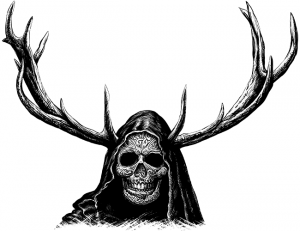