Diary of a Kickstarter #1 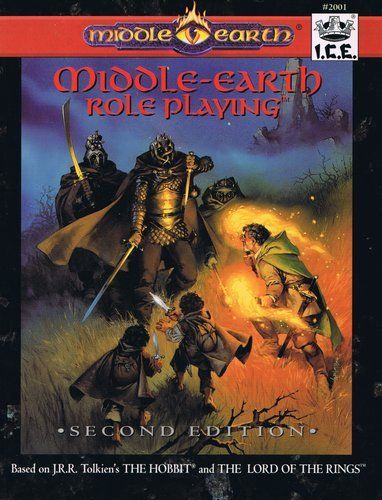 Everybody knows that the fall, especially the late fall can be depressing.

A beneficial medicine for the fall is the old remedy of role-playing with your beloved group of friends.
And it was during one of those days that we had just finished playing a campaign when we decided to switch to a different system. Being all in the mood for something in the range of our comfort zone, we all walked down memory lane and picked up the old but beautiful M.E.R.P. manual. We started to play a very suggestive campaign somewhere in the northern part of the Middle Earth.

It often happens that a campaign doesn’t finish with the end titles and is roughly interrupted in the middle because of the lack of player’s engagement, or shortage of time, or any other pitiful reason. However, this time the campaign was interrupted by something unusual, an idea. A huge idea. An Idea that would take us into a long, hard, and complicated journey through an unexplored land.
A journey that will require us to act like our parties of fictional characters, and everytime a new obstacle would manifest in front of us we will have to dig in our backgrounds and use our skills and our talents to overcome the obstacle. And, just like those fictional characters, at the end of the campaign, after defeating the strongest foes and have walked in the deepest dungeons the characters will still end up sitting all together around a table in the dirtiest tavern realizing that what grew is not their experience but their friendship and sense of fellowship.

There is something special about great ideas and is that they are always there and all they need it’s just a sparked that ignites them. This spark can take many different shapes, and for us took the form of a sentence, a simple sentence:
“Hey guys, you know what it would be great? That we make this into a real Kickstarter!”

Stay tuned for the episode #2 of our dev diary.