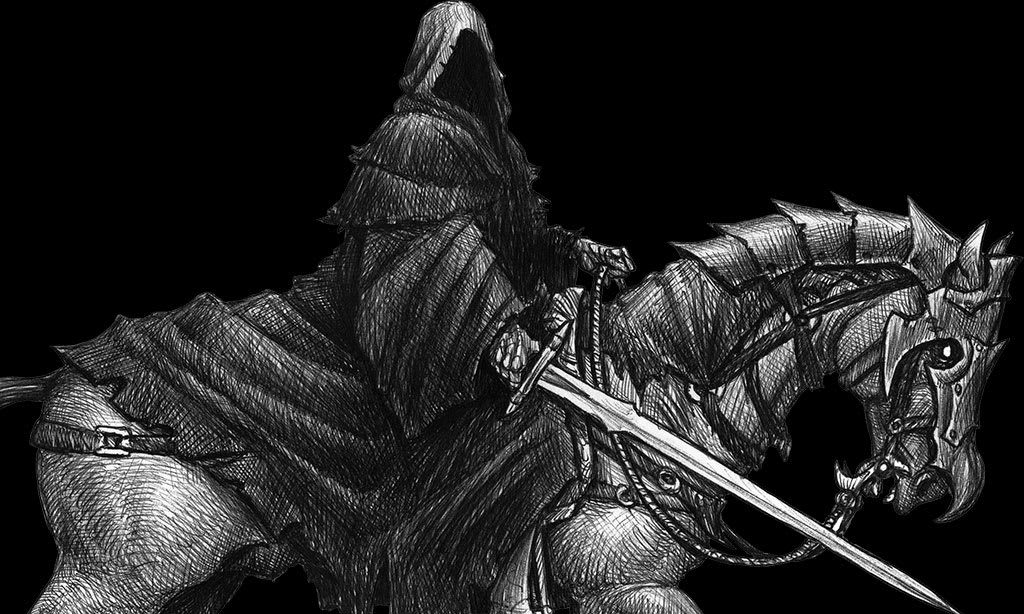 Welcome back, travelers! As the date of our Kickstarter draws near (and we’ll soon have an announcement about that) we’ll take a look at some specific parts of the game system, to give you a better idea of what you’ll find in the full rules.

Let’s start with some of the opponents your heroes will face in their epic quest. We’ve talked about monsters and foes in the past, but, as you will see, the level of detail of the Bestiary included in the full rules will be much greater than what seen in the Quickstart.

Our playtesters quickly learned that demons aren’t to be taken lightly in Against the Darkmaster, and Faceless Demons quickly became one of their most hated (and feared) enemies.

Faceless demons are said to be mere fragments of the Darkmaster will given flesh to carry out His schemes in the mortal world. They appear as pale, muscular humanoids with no eyes. One of the easiest demons to summon, Faceless are often found in service of Dark Mages or other powerful servants of the Darkmaster, either as assassins or leading their minions into battle.


Faceless carefully plan their battles, either using their Commandeer ability to outnumber their foes, or stealth and deceit to gain the element of surprise.

Otherworldly: Demons do not age, sleep, eat or drink and are immune to poisons and diseases. They do not bleed and cannot be Stunned. Should they be “slain” they won’t really die, but their spirit will be banished from the mortal world for a thousand years.

Commandeer: Faceless Demons can impose their will on a group of lesser servant of Darkness, forcing them to obey their orders. They can commandeer up to 10 creatures at once, as long as each of them is under their level and either Tainted or already a servant of the Darkmaster. Commandeered creatures are immune to fear and gain a +10 bonus to their WSR as long the Faceless is within sight. They’re also forced to obey any order issued by it until they remain under its influence. If the Faceless dies, any commandeered creature becomes Stunned and must pass a TSR with an Attack Level of 6 or die.

Eyeless Gaze: Faceless Demons can see perfectly under any lighting condition, despite their lack of eyes. As a Half Action, they can fix their gaze upon a sentient creature within 20 meters. As long as the Faceless maintains its gaze Upon them, targets must pass a WSR at the beginning of each Assessment Phase or be Held for that round.

Darkspawn: Faceless Demons gain a +20 bonus to their Stealth Rolls and their DEF as long as they stand in dim light or darkness.

Martial Arts: Faceless Demons fight bare-handed, using ancient secret techniques turning their powerful, muscled bodies into deadly weapons. Faceless can Parry with their full CMB armed and ranged attacks as if they were wielding a shield.

Do you see your heroes facing a Faceless Demon in their future adventures? How would you introduce them in your campaign? Let us know in the comments, or reply on our forums or social pages!