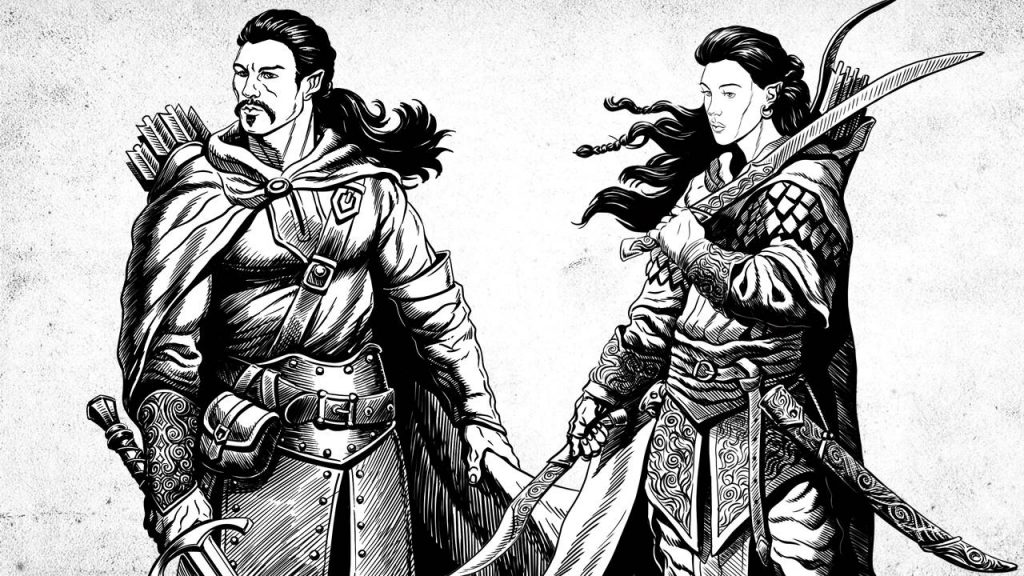 Welcome back! I hope you didn’t miss our recent Kickstarter announcement but, if you did, we have big news for you: the Against the Darkmaster Kickstarter will officially launch on October the 22nd!

In the few weeks leading up to the Kickstarter, we’ll keep revealing bits and pieces of the game, as we did when we showed you one of the over 50 creatures contained in the Bestiary.

Today we’re gonna talk about the two “advanced” Vocations included in the Core Rules: the Dabbler and the Champion.
To tell the truth, we had in mind to show you something else first, but more information about these two Vocations has been requested quite a few times, so we’ve decided to go with them!

We’ve called them “advanced” (or, sometimes, “hybrid“) Vocations, because they’re somewhat more complex than those included in the Quickstart Rules. While each of the other Vocations is focused pretty much on a single area of expertise, the Champion and the Dabbler are more versatile, combining the strengths and weaknesses of different Vocations. In a certain sense, you could say that Dabblers and Champions are the Against the Darkmaster approach to multiclassing.

Champions are mystical fighters, blending the way of the sword with magical arts. Their combat skills are second only to those of the Warrior and are complemented by access to Spell Lores focused on boosting their physical abilities and rallying their allies.

Dabblers are jack-of-all-trades, mixing proficiency in mundane skills of subterfuge and exploration with basic training in the mystical arts. While they cannot hope to reach the level of mastery of other, more focused Vocations, their versatility makes them always ready to face any situation.

Both have access to eight different Vocational Spell Lores (where “full” spellcasting Vocations, like the Wizard and the Animist, usually have 15): three unique to their Vocation, plus five shared with Wizards or Animists.
By developing different Spell Lores and focusing on different Skills, you can create Dabblers and Champions that feel and play very differently at the table.

For example, you could play your Champion as an inspiring leader, using your Charisma Skill and the Commanding Presence and Heroic Defense Spell Lores to support your role. Or you could make it a noble warrior of the wilds, coupling its martial abilities with the Aspects of Nature and Nature’s Path Spell Lores.
Much in the same way, Dabblers could be masters of disguise and misdirection, using subterfuge mixed with the Eldritch Secrets and Trickery Spell Lores to surprise their victims. Or they could be swift and agile ranged fighters, using their Skirmishing Mastery and Movements of Nature Spell Lores to punish their enemies from afar, disappearing before they can retaliate.

This approach gives you a great variety of choices, without the need of introducing dozens of different Vocations. It also means that Dabblers and Champions are the perfect choices for players who don’t like to be bound by the limits imposed by the other Vocations, and for those who enjoy playing with options and coming up with fully customized characters.

I hope you enjoyed reading this, let us know in the comments or on our social media pages what you think, and what other parts of the book you’d like to see covered in one of our future articles.
Next time we’ll dive into a completely different topic, and see how the game handles one the biggest tropes in Epic Fantasy: War.