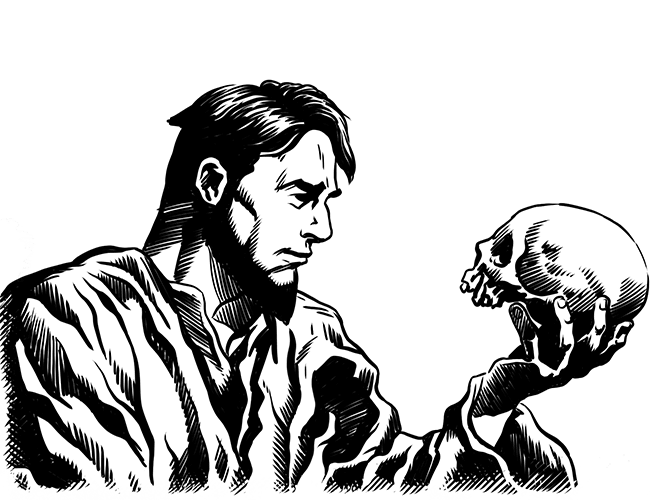 The Sage, a Low-Magic Vocation

Good to see you again! Come, grab a seat, today we won’t talk about heroic battles or fearsome enemies. Today we’re here to discuss something subtler and more mysterious, but certainly not less dangerous. Today we talk about magic.

In a standard VsD campaign, heroes will probably encounter magic several times during their travels. They’ll wield spells and magical items to battle the foul sorceries of the Darkmaster, meet supernatural creatures and explore enchanted places.
This doesn’t automatically makes magic an everyday occurrence. The great majority of the people in the characters’ world will probably experience magic only through the tales of old fishwives or wandering minstrels. After all, the PCs are extraordinary individuals, so it shouldn’t come as a surprise that they can wield uncommon powers.

In some settings, however, magic could be subtler or rarer, and the group could decide to restrict the use of magic by banning spell casting Vocations (Wizards, Animists, Dabblers and Champions) altogether.
This would mean that characters could still potentially develop Common and Kin Spell Lores (even though it would probably be much harder to find occasions to learn new spells), but will leave all the “flashier” spell effects out of the game.

This works particularly well in quasi-historical settings, where magic is so rare to be virtually non existent; or in settings where the use of magic is directly connected to the Darkmaster.
It could be also a good choice in games where all characters belong to Kins with the Superstitious or Mundane Traits (like Dwarves, Orcs or Halflings) since few players would end up creating a spell-user anyway.

If you find this idea intriguing, the Sage Vocation presented here can be used by those wanting to play a non-magical scholarly type character. 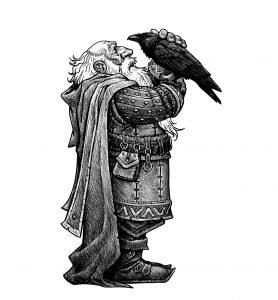 Sages are learned men and women, wise counselors and masters of lore. They possess great oratory skills, and vast knowledge, encompassing subjects both esoteric and mundane. Even if they cannot hope to compete with Animists and Wizards, Sages are also somewhat versed in the magical arts, learning and casting Common Spells with relative ease.

Play a Sage if you want to be the brain or the face of the party, using wisdom, glibness, and knowledge to resolve or avoid difficult situations.

Sages can be very interesting characters to play, not just for their abilities, but also because they don’t strike as the “adventurous type”, so players will probably have to work a little harder to fit them in the heroes’ group. However, Sages with strong Passions, tying them to the other character and to the situation at hand, easily make some of the most memorable characters.

Do you think you’ll use Sages in your games? Or will you go for a more traditional “full magic” campaign? (and, in this case, have you checked out the additional Spell Lores we uploaded on our forums?)

Let us know in the comments, or come and share your idea on our boards, or on our Discord Channel!