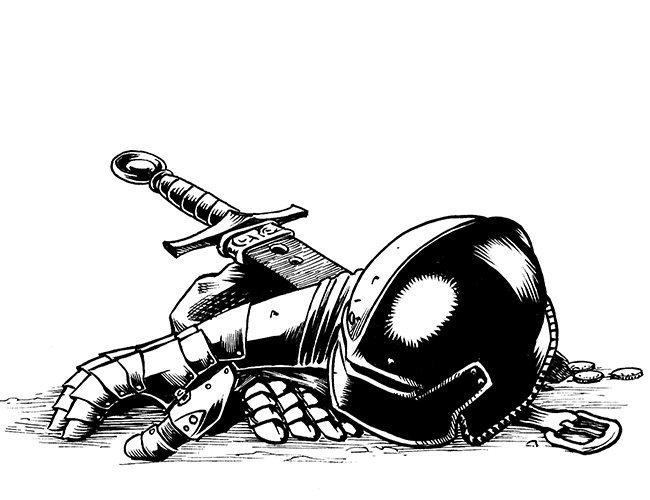 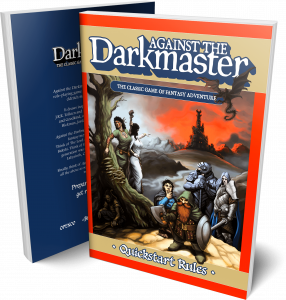 As we revealed in our last article on Save Rolls, we’re about to release a new, Deluxe version of the Quickstart Rules.
Nik and Tom are putting the finishing touches to the new layout right now (you have probably already seen snippets of it here and there; on our

Twitter account or in Jowzam’s interview last month), and if everything goes well it should be uploaded in the next few days.

This new version will not only feature a beautiful full-color cover by our Tom, as well as several fantastic black and white internal illustrations from all the talented artists working with us but will also update the rules with the changes implemented since our last revision.

Mostly it’s minor changes, rewording, and clarifications of those parts you and our internal playtesters found less clear. However, there are also some bigger updates, like the removal of the Strider Vocation, and the simplification of the Save Roll system we discussed in our last article.

The changes we made to the Attack Tables are definitely one of the biggest changes in the game system. Before going on and explaining what brought this change and why we made this choice, let us take a look at one of the new Attack Tables, as they appear in the Deluxe Quickstart Rules:

As you can see, we went from five to four types of armors, merging together the Soft Leather and Rigid Leather into a single Light Armor type, and changing Chain to Medium Armor and Plate to Heavy Armor. There are multiple reasons for this choice.

First, a more abstract categorization of the Armor Types simply makes it easier for the GM to introduce new armors, and make more sense when you’re talking about monsters and other creatures with natural armor. You could understand why a Fire Drake used the Plate Armor column to represent its unpenetrable scales, but saying they count as Heavy Armor is just more immediate.
Moreover, the system already referred to armors as Light, Medium or Heavy, and having the Armor Types follow this model helps to avoid possible confusion and misunderstandings.

The main reason, however, is that during the playtest we’ve seen that Soft Leather armor wasn’t very effective (in some cases it was actually worse than wearing no armor at all!), and players generally tried to avoid wearing it. So, while Soft Leather armor was clearly an important part of the game, as it reflects a very common trope in Epic Fantasy, we felt that the Soft Leather column in the Attack Tables did a poor job at representing it.
We didn’t want to simply remove Soft Leather, but we needed to make it a viable choice for the players. This led us to completely rethink and recalculate every Attack Table, taking the two Leather columns and merging them into a single Armor Type. At the same time, we made some small changes to the individual armors’ stats, so that wearing a Leather Jerkin would actually be different from wearing a Reinforced Leather armor, without the need of the additional column.

What do you think of the changes? Do you welcome the streamlining of the Armor Types, or did you prefer the old tables? Are you excited for the upcoming Quickstart Deluxe?
As always, leave your comments below, or reach us on our social media accounts or on the official Against the Darkmaster Discord Channel!