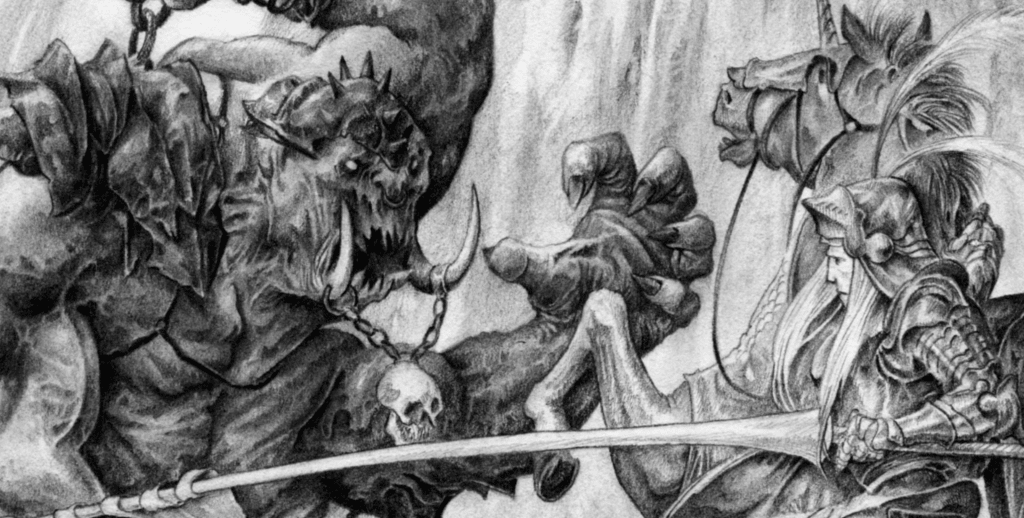 The time is near!
Less than a week left to the Kickstarter, and we’re back with another short preview of the Core Rules. In our previous posts we’ve talked about the Bestiary and new Vocations, but this time we’re gonna cover a completely different subject. We’re going to talk about War.
War plays a central role in many Epic Fantasy sagas. Representing the metaphysical eternal struggle between the forces of Good and Evil, it acts as a background for the heroes’ actions, giving them plenty of reasons to embark on perilous quests, as well as occasions to demonstrate their bravery and deliver memorable speeches.
After all, what could be more epic than the ride of the Rohirrim, the battle of the Blackwater, or the siege of Dros Delnoch?

In Against the Darkmaster, we wanted to be able to recreate those moments at the table right from the start, without having to wait until the PCs reached a certain level, or to interrupt the flow of the game by introducing a completely different set of rules. Just like it happens in Epic Fantasy fiction, we wanted to use military conflict to put the heroes at the center of the action.

This is why large battles in Against the Darkmaster are resolved much like normal adventures, pitting the heroes against a series of problems and obstacles to overcome.
The PCs can’t win these battles all by themselves, but their choices and actions will influence their outcome and bring victory (or defeat) to their side.
By leading troops into battle, gathering new allies, and accomplishing other valiant deeds, they’ll reduce their enemies’ Menace Rating, a value representing their relative strength and the advantage they have over the heroes’ forces. The stronger their enemies are, the more difficult will it be for the heroes to turn the tide of battle in their favor.
If the heroes manage to bring their enemies’ Menace Rating to zero with their actions, their side will be victorious. 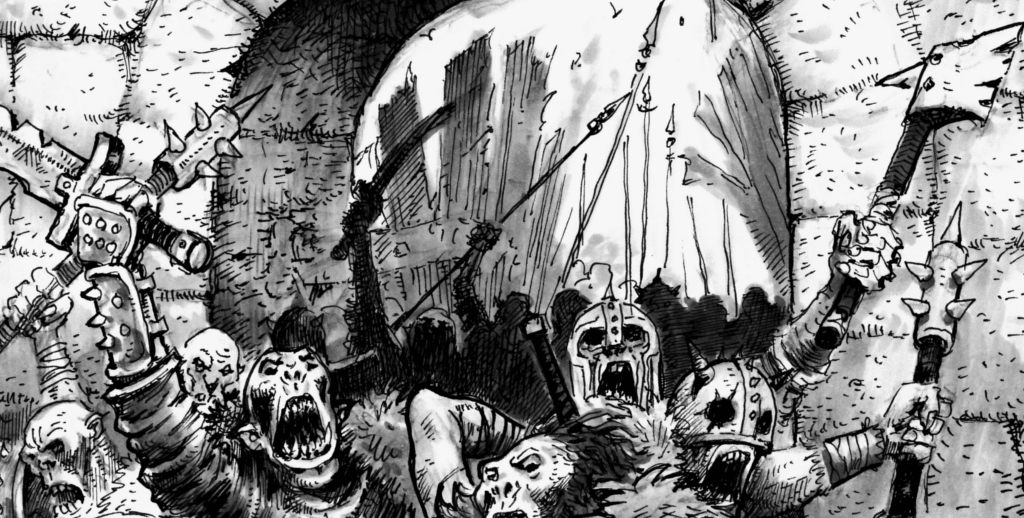 It doesn’t matter if the heroes are fresh recruits, simple foot soldiers, or great lords. At the end of the day, it’s always their plans and their decisions which determine the battle outcome. It may be unrealistic, but this is Epic Fantasy, after all, a genre where farm boys saving the day against impossible odds are basically mandatory.

This obviously doesn’t mean that the characters are guaranteed to win! Just like in any other adventure, bad luck and poor choices can always lead to defeat. In some cases, the heroes can only retreat, regroup, and live to fight another day.

That’s all for now, but we’ll have more to show you during the KS campaign! Join our Discord Channel, or post on our official forum to let us know what you think, and tell us what you’d like to see next.
Don’t miss our Kickstarter launch next Tuesday, there might a small surprise waiting for you! And remember that you can already sign up on the KS page and be notified as soon as the project goes live HERE.